You can use WP menu builder to build menus
Home | Formula 1 | McLaren could sign Alonso, test Honda in Abu Dhabi 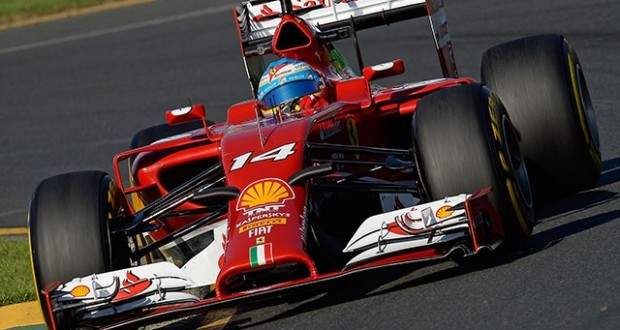 In Brazil, probably Fernando Alonso’s penultimate race for Ferrari, the Spaniard has given more hints than ever that his tenure in red is almost over.

First, there were sniggers all round when he grabbed a fire extinguisher to put out his burning Ferrari in Interlagos practice.

Then came qualifying, when he pressed the button to talk to the Italian team’s pitwall with an exasperated complaint.

“Ay ay ay ay!  Why do I start in qualifying with low battery?  How is this possible?  How?” Alonso demanded.

Later, he told reporters the loss of temper was “no big thing” because “hundreds” of similar radio exchanges are never broadcast live on television.

But at the same time, McLaren has finally come out in the open in Brazil with its obviously well-advanced talks about signing the 33-year-old for 2015.

And now even Alonso admits that he could leave Ferrari.

“Let’s see what my decision is in the end,” Spanish reporters quote him as saying at Interlagos after qualifying.

“If I am in (Ferrari), I will try to my best, as I did in the last five years.  But I think Felipe had the same feelings last year and now he is fighting for pole position,” said Alonso.

He is referring to his former Ferrari teammate Felipe Massa, who was ousted at the end of 2014 and in Brazil qualified a strong third for Mercedes-powered Williams.

McLaren team boss Eric Boullier, meanwhile, played down suggestions he had imposed a looming deadline for Alonso to commit to the new Honda-powered era.

“On this issue something was written by a German journalist,” he told the Spanish daily Marca, “but what I said is that I would like our driver lineup to be decided before Abu Dhabi.”

Frenchman Boullier is at least no longer denying that talks are taking place.

“Fernando is one of the best drivers,” he said.  “With Hamilton and Vettel, he is on the let’s say ‘A-list’ of drivers.  We have talked to all three and I would like to have Fernando or Lewis because Vettel is already in Ferrari.”

He said the way Alonso’s relationship with McLaren imploded spectacularly in 2007 would not happen again.

“The big difference is that Ron now has a different role,” said Boullier.  “He is concentrated on the McLaren Group, not the day to day of the F1 team.”

Fascinatingly, he also hinted that Spanish sponsors could accompany Alonso to Woking.

Asked specifically about Santander or Movistar, Boullier laughed: “Santander, Madrilena … there are no serious negotiations, but if they want to come, there is no problem!”

It is rumoured Alonso could make his first visit to Woking since the fateful 2007 collaboration on this coming Wednesday.

And the first growl of Honda V6 power could be heard later this month, as McLaren has been hard at work mating the Japanese manufacturer’s 2015 engine to an interim car.

It could run at the post-Abu Dhabi test.

“For logistical reasons we have until 15 or 16 November (to decide),” said Boullier, “but we are getting ready to test and monitor the systems and it could be in Abu Dhabi.”