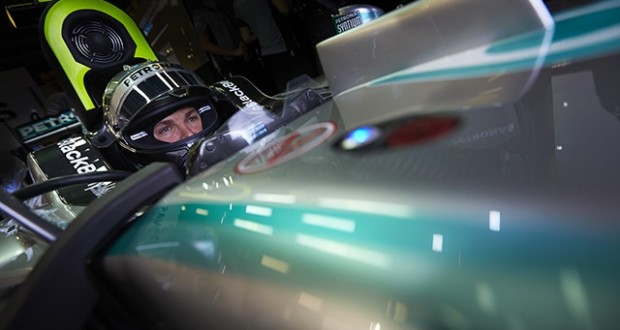 Rosberg wins one trophy but eyes another

But it’s not the one he really wants.  That one was packed into a box last week by outgoing world champion Sebastian Vettel and sent back to the FIA.

The next name engraved on it will be either Rosberg’s, or championship leader and favourite Lewis Hamilton, his teammate at Mercedes.

German Rosberg is 24 points behind with only Sunday’s race and then the double-points bonanza in Abu Dhabi left to run.

It is why he is not overly fussed at having secured F1’s inaugural pole position trophy, awarded to the driver who completes a season with the most qualifying triumphs.

In 2014, with his impressive tenth pole of the year secured in Brazil, the winner is Rosberg.

He secured the prize in style with the fastest ever qualifying lap of Interlagos, thanks to a new asphalt and the fact the new turbo engines are not affected by Sao Paulo’s high altitude.

“In this moment it means nothing to me,” Rosberg said coolly on Saturday.  “Maybe in ten years I will look back on it (the pole trophy), but right now my focus is somewhere else.”

He is referring to the big trophy Vettel just sent back in a box.

In truth, however, the biggest pressure now is probably on Hamilton, who is tantalisingly close to wrapping up his second career drivers’ title.

Told that he needs to win the last two races of 2014 to win from 24 points down, Rosberg insisted: “Not true.”

The meticulous 29-year-old is right, as even if he does win in Brazil and Abu Dhabi, a pair of second places will be enough for Hamilton.

So another hope for Rosberg is mechanical trouble for his British rival.

“I don’t like to talk about it,” Rosberg was quoted earlier in Brazil by Spain’s El Confidencial, “but I don’t want Lewis’ engine to break.”

He then joked: “I would prefer that mine breaks here in Brazil and his in Abu Dhabi!”

With controversial double points on offer, that scenario would in fact probably hand Rosberg the title.

He admitted: “I know that for me to win (the title), something has to happen.  It’s not just in my hands.  But in this sport, so much can happen.

“I need Lewis’ help to win the title,” Rosberg acknowledged to Bild newspaper.  “I need to chase him until he makes mistakes.”