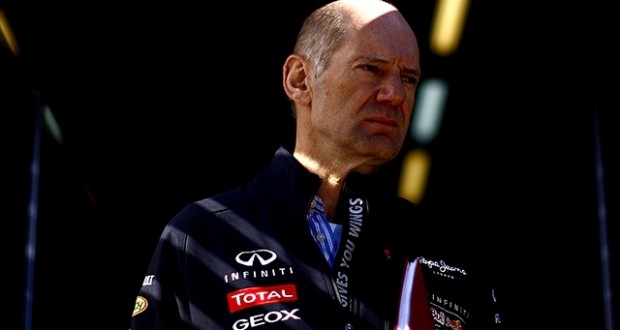 Adrian Newey has admitted that while Renault has improved its engine over the winter, it may not be enough to challenge Mercedes for the title.

The Red Bull technical boss, while heavily involved with the newly-revealed RB11, is now taking a step back to work on other projects, including the America’s Cup and possibly a Red Bull road car.

Designer Rob Marshall told Auto Motor und Sport: “So far I’ve talked to Adrian every day.  In the future it will be every second or third day.”

Dr Helmut Marko said he is “very confident” the RB11 is “really good”.

Less certain is whether engine supplier Renault’s restructuring and heavy modifications to the turbo V6 design of 2014 is enough to begin to challenge Mercedes this year.

Newey is actually predicting only “the odd win” for Red Bull, but Daniel Ricciardo on Sunday said he could already feel a “general improvement” from the engine as he debuted the RB11.

“Renault has said the deficit to Mercedes last year was 10 per cent,” Newey warned.  “That is a deficit that is really difficult to make up in a short time.”

He said it is impossible to compensate for the horse power deficit through better aerodynamics alone, even though the design office is working hard on the new nose rules.

“There is no doubt that we will see many different solutions in this area,” Marshall revealed.

But Newey insisted that the obvious favourite for 2015 is still Mercedes.

“Today’s rules emphasise the engine and are extremely restrictive on the chassis side,” the Briton is quoted by Italiaracing.

“I do not mean that there is no difference between the cars, but it is very, very difficult to gain a competitive advantage with such restrictive rules.”

So after witnessing Nico Rosberg put an astonishing 157 laps on the new Mercedes on its first day of proper running, Newey said: “It’s not a surprise.

“Thanks to their engine they have been able to focus on the chassis and make it reliable.”