Red Bull has come up with a cunning plan to keep Adrian Newey out of the clutches of its key rivals, according to the German magazine Auto Motor und Sport. 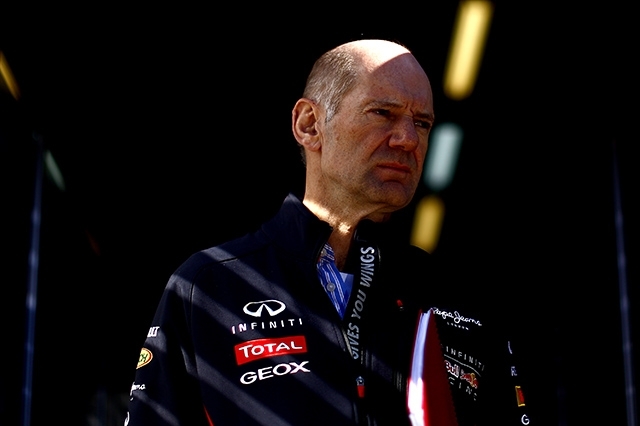 In the past weeks, there have been reports of audacious offers to woo F1’s most highly rated designer.

Ferrari’s offer reportedly topped $20 million per year, while it was also rumoured that Mercedes expressed interest.

“We made him no offer,” team chairman Niki Lauda insists.

Nonetheless, Newey is understandably in high demand, given his astonishing title hit-rate.

But the 55-year-old is also unashamedly frustrated with the state of today’s formula one, featuring ever-restrictive technical regulations.

“What you can do with the car to make the difference with good ideas is less and less,” he said.  “We’re moving to more of a GP1 series.”

According to correspondent Michael Schumidt, Red Bull has come up with a clever plan to keep Newey inspired, and also firmly under contract, albeit on a long leash.

The team is apparently planning to build a new technology centre near its F1 factory in Milton-Keynes, where new and innovative technical projects will be born — with none other than Newey in charge.

Reportedly, the projects will range from innovative road cars to aircraft, “with the secret hope that some day he will miss competition and crawl back to F1”, said Schmidt.