The Adrian Newey era at Red Bull could be nearing its end. 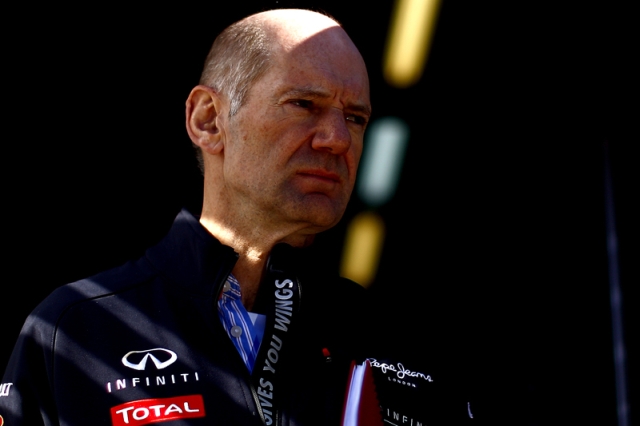 It emerged last weekend that, after four consecutive championship clean-sweeps with Sebastian Vettel, the eyes of the team’s famous designer may be wandering elsewhere.

“Maybe the America’s Cup, who knows?” said the 54-year-old Briton, admitting a new project could be on the horizon.

Now, the Mirror newspaper reports that Sir Ben Ainslie, the famous British sailor, is travelling to Abu Dhabi this weekend and will meet with Newey.

“Someone with his (Newey’s) design and technical experience would be invaluable,” said Ainslie.

It is already known that Red Bull is losing its other two key figures in Newey’s renowned aerodynamics department.

McLaren is waiting for Peter Prodromou’s 2014 contract to expire before welcoming him to Woking, and we reported recently that his ‘number 2’ has also been signed by the British team.

Until now, that ‘deputy’ has been unnamed, but Germany’s Auto Motor und Sport has now identified him as Dan Fallows.

“McLaren obviously have lost significant technical staff over the last few years and it is only natural that they are looking to recruit,” Red Bull team boss Christian Horner told F1’s official website.