Red Bull will “definitely” be powered by Renault in 2015, Dr Helmut Marko insists. 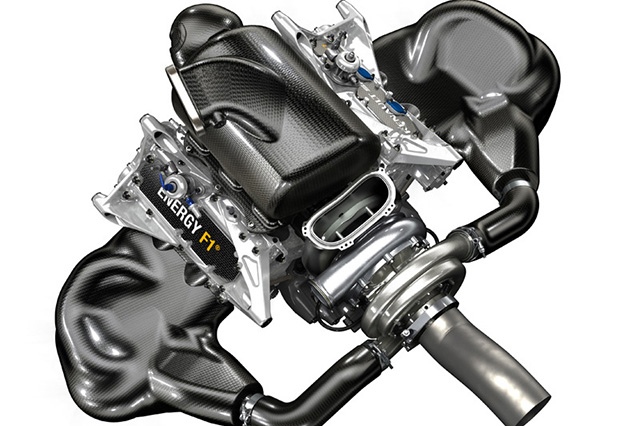 Reports emerged at the scene of the reigning world champions’ new home race on Friday that Red Bull really is considering splitting with its current engine supplier and building its own turbo V6.

According to Marko, it’s not as far-fetched as it sounds.

“We have a lot of very skilled companies (in Austria) concerning engines,” he said at the impressive Red Bull Ring, the totally refurbished former A1-Ring.

“Pankl is about 30 kilometres from here,” explained Marko, referring to Renault’s existing turbocharger partner, “and AVL is 70 kilometres (away).”

Asked specifically by Martin Brundle if Red Bull is considering supplying itself with a F1 engine, Marko answered: “You should never say no.  We are looking at all alternatives.”

But even though it seems Red Bull has set this weekend’s Austrian grand prix as the deadline for Renault to prove it is up to the task of matching the field-leading Mercedes, Marko clarified: “We will definitely go with Renault in 2015.”

Germany’s Bild newspaper, however, said Red Bull is serious in its contemplations about a bespoke engine.

“There are massive poaching attempts by Red Bull among the engine makers of the Silver Arrows (Mercedes),” a report in the daily newspaper claimed.

Renault, however, is not giving up.  A new fuel supplied by partner Total is making its debut at the Red Bull Ring, reportedly delivering several additional horse power.

The French marque’s Remi Taffin warned in Austria, however, that – because of the homologation rules – Renault’s scope to make vast further improvements in 2014 is limited.

“It’s not that we have switched to next year,” he said when asked about the 2015 project, “just that we have a lot more freedom” when it comes to 2015.

“We know what we would like to change,” Taffin explained.  “We have to fix some aspects of the engine, but it cannot be done in two or three months.”