Nico Rosberg was all smiles after the Canadian grand prix, despite failing to win and grappling with technical problems. 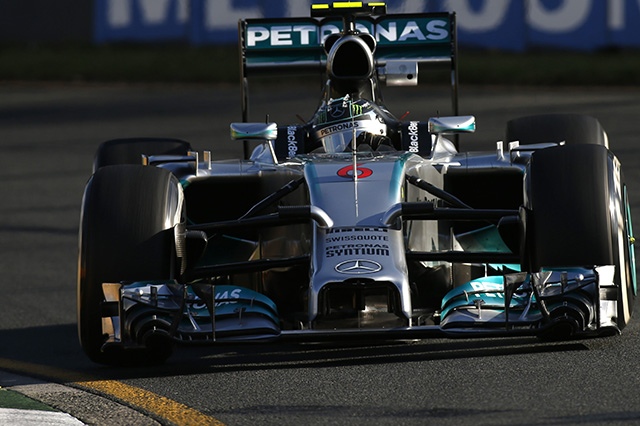 “(Daniel) Ricciardo wins,” announced the headline at the German newspaper Die Welt, “but the big winner is Rosberg”.

After six straight wins so far in 2014, ultra-dominant Mercedes struck trouble in Canada, with the energy recovery systems on both cars playing up.

On Rosberg’s W05, he simply lost the 160 horse power of energy recovery boost, but still managed to finish second behind Red Bull’s first win of the year.

The even better news for German Rosberg is that similar problems aboard Lewis Hamilton’s sister car meant the Briton had to retire.

It means Rosberg’s championship lead, only controversially re-captured in Monaco two weeks ago, now extends to a considerable 22 points.

“That’s two DNFs for me and none for Nico, but we are learning as a team and I am sure we won’t have any more incidents like we did today,” he added.

“I think it would have been disappointing if they had their issues and they were able to still get the best of us,” he added.

Ricciardo’s debut win would also seem to have concreted his place at Red Bull beyond 2014.  “I can’t see any change happening soon!” he grinned on Sunday.

The team’s Dr Helmut Marko agreed: “We are very proud of him.  What he is showing now proves that our decision to put him there was absolutely right,” he told German television Sky.

The outcome of the Canadian grand prix also isolated Ferrari as the only engine manufacturer involved in formula one yet to break through in the new V6 era.

“What it shows is that it is important to keep working hard, because anything can happen in formula one.

“If we had said after winter testing that Red Bull would win this race, you would not believe it.  They have improved a lot.”

As for his personal goals for the next few races in 2014, Alonso sounded downbeat: “Finish ahead of my teammate and go home.”