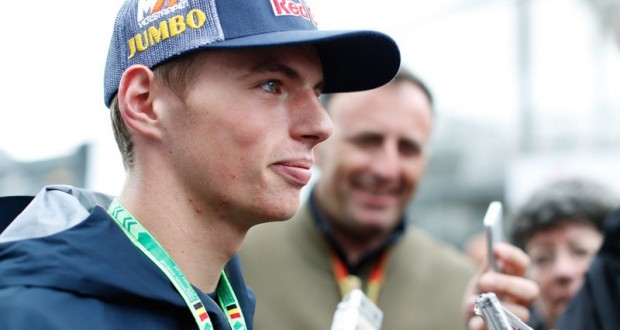 Max Verstappen says he has no interest in becoming F1’s youngest ever champion.

But that doesn’t mean the 19-year-old Dutchman doesn’t want to win the 2017 title.

“Definitely my goal is to win the title,” he told Italy’s La Stampa newspaper, as he attended the world cup skiing event in Kitzbuhel, Austria.

“But I have never intended to do it as the youngest,” added Verstappen.

The record for F1’s youngest world champion is currently held by Sebastian Vettel, who was 23 when he won the 2010 title.  Previous record holders were Lewis Hamilton (23) and Fernando Alonso (24).

Verstappen said he is feeling good about Red Bull’s 2017 chances.

“For now all the feelings are positive,” he said.  “We were very close to Mercedes and we will be even closer as the (Renault) engines are developed.

“Ferrari is also working to become more competitive, so I think it will be an interesting season,” he added.

According to the media, another potential candidate to be a youngest-ever F1 champion might be Mick Schumacher, who will tackle European F3 this year at the age of 17.

But Verstappen urged the son of F1 legend Michael Schumacher to focus instead on his current goals, amid claims Ferrari wants to sign him to the team’s driver ‘academy’.

“I think Mick should not think so much about this but about gathering experience and winning as many races as possible,” said the Dutchman.  “Because that is what will open up many doors for him.”