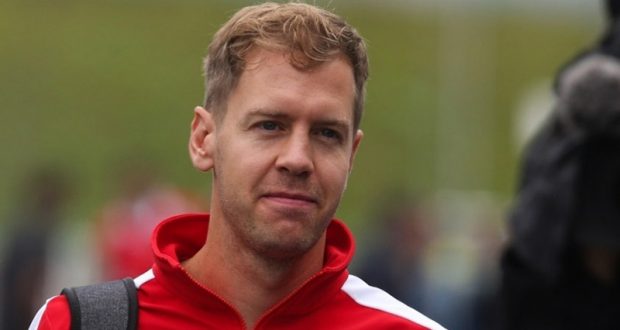 Sebastian Vettel says Ferrari’s aggressive strategy of full attack will not always work out for the ambitious Maranello team.

The German insists he is driving a better car than in 2015, even though a year ago he had already won the first of his three races for the season.

“There is still a gap to Mercedes, that’s true, but it has become much smaller.  You can’t just move mountains overnight,” he said.

Barcelona was obviously a setback for Ferrari, with the red team not even able to capitalise on Mercedes’ double-DNF, as Red Bull’s Max Verstappen won.

Ferrari has been working on the cause of its sudden qualifying pace problem at the Barcelona test this week.

After a long pause before answering, Vettel said: “We are giving everything — sometimes maybe even a little too much.  But we have to try everything.”

Asked, then, if errors are forgivable as Ferrari pushes to catch and beat Mercedes, Vettel admitted: “No.  The technical problems we have had were not in the plan.

“But catching up is always a balancing act.  Perhaps some improvements have come a bit too early, but if we think something is an advantage in speed, we want to bring it to the track as quickly as possible.”