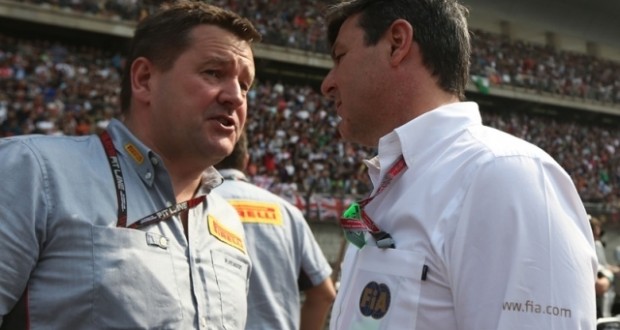 Pirelli on pole to win 2017 contract

The likelihood Michelin will enter the race to become F1’s 2017 tyre supplier is dwindling by the day.

The French company announced its interest recently, just as the FIA kicked off a new tender process for the sole tyre supplier contract for 2017-2019.

Pirelli, F1’s official partner since 2011, has already announced it will lodge its application by the deadline.

But when asked about Michelin’s apparent interest, he added: “On the 17th, we will see who is there.”

Michelin has reportedly now dropped its condition that a ‘tyre war’ must be reinstated in F1, but the company – whose relationship with F1 and the FIA soured dramatically as it left the sport in 2006 – does want some key changes.

One of them is the move from traditional 13-inch wheel rims to the more modern 18 or 19 inch, and even Pirelli has been toying with that possibility as well.

But suddenly in Canada, teams were revealing that F1 wheels will probably stay at 13 inches for 2017 and beyond.

“As (Mercedes’) Paddy (Lowe) said, the rim diameter is going to stay where it is but the width of the tyre is probably still up for grabs,” said Ferrari technical director James Allison.

The Speed Week publication claims a strong element of politics has crept into the issue, with neither Bernie Ecclestone – who openly wants Pirelli to stay – nor the FIA happy that Michelin tried to dictate the terms of its potential return.

The 13-inch issue, therefore, appears to be a major victory for Pirelli.

“I can only say that the words of Paddy and James reflect what is being discussed in the Strategy Group.  But we remain open to everything,” Paul Hembery, Pirelli’s F1 chief, said diplomatically.

And now, Mercedes team boss Toto Wolff says he is more than happy with Pirelli.

“We are very pleased with Pirelli,” he told the French-language Montreal newspaper La Presse.

“They do a great job.  Every time they were asked for something, they delivered.

“Personally, I think if we can continue with Pirelli, that will be good,” Wolff added.