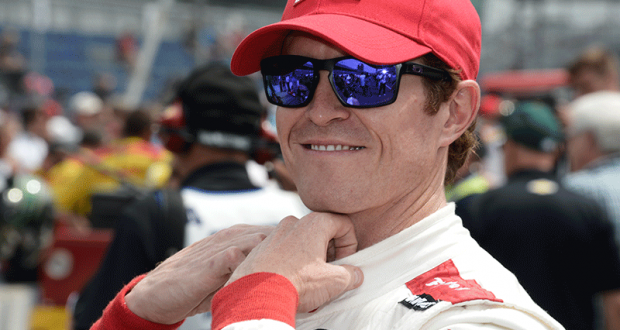 Scott Dixon punctuated the day at Indianapolis Motor Speedway by earning the Verizon P1 Award for the pole position in qualifications for the 99th Running of the Indianapolis 500 Mile Race.

The scheduled two-day, multi-tier qualifying format was altered by rain May 16 after only two of the 34 entries made qualifying runs. By rule, both runs were thrown out and qualifying started fresh May 17.

The scheduled May 17 “Fast Nine Shootout,” in which the top entries were slated to return to the track after their initial qualifying attempts for a single four-lap run to determine the Verizon P1 Award winner and the first three rows, was canceled. Instead, each entry was allowed one qualifying attempt to lock in positions 1-30.

Positions 31-33, contested among four drivers, were determined in a separate session after the initial qualifying session. Buddy Lazier, the 1996 Indy 500 winner, did not make the field.

Dixon, a three-time Verizon IndyCar Series champion, won the 2008 Indy 500 from the pole and has five top-five finishes in his 12 “500” starts. Dixon’s 22nd career pole broke a tie with 2003 Indy 500 winner Gil de Ferran for 13th on the all-time Indy car list. He also broke a streak of eight consecutive Verizon IndyCar Series races dating to August 2014 in which a Team Penske driver started from the pole.

“We’re starting in the right place but it’s still a long race. Hopefully, we can replicate what we did in 2008,” said Dixon, who was presented a $100,000 check for winning the pole. “We’re starting on pole for the Indianapolis 500 and now we just have to finish first. I’m just so proud of everybody at Team Target, whether it’s the engineers and everybody that has worked so hard to get the speed out of this car. It was definitely a tough day.”

“I think we have a good chance here, the entire team,” Pagenaud said of the Team Penske foursome that also includes three-time Indy 500 winner Helio Castroneves (qualified fifth) and 2000 race winner Juan Pablo Montoya (qualified 15th). “But the Indy 500 is a bit like the 24 Hours of Le Mans. You’re never ready enough for this race. There’s so many things, nine to 10 pit stops, a yellow can fall out at the wrong time, something can happen in pit lane.

“It can go all right up until the race and something can happen at the last moment where you don’t expect it. I’m just going to keep being like I have been, like pretty non-emotional about it, and do my job, even though I’m super excited.” 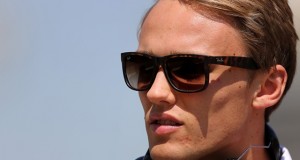